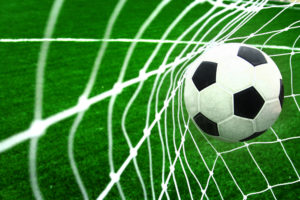 Disappointing result tonight away to Castlebar Celtic, but a superb performance that deserved more. Unfortunately reduced to 10 men after ten minutes of the first half or so when the ball struck Mark Reapy ‘s hand on our goal line resulting in a penalty and a red card. We created numerous goal chances throughout, more so than our opponents, but were thwarted by Ciaran Kelly between the Celtic sticks. Most encouraging was the cohesive nature of the team and the workmanlike determination in defence. All part of the learning process that will make us stronger with each experience. James Hughes had super debut performance in goal. Our goal was scored by Cathal Walsh following his initial header from a corner, he made sure on the rebound from Kelly’s save.